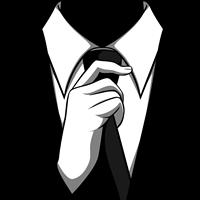 If you've been looking forward to Windows 9, the OS that will fix what Windows 8 got wrong, you're in for a surprise: There will be no Windows 9. Instead, Microsoft announced it will proceed directly to Windows 10. Thanks to many leaks leading up to Microsoft's reveal about its next version of Windows, there wasn't a whole lot that those of us who've been paying attention didn't know. But Microsoft execs did provide a few updates about the operating system known as Windows Threshold.

The full-screen Start menu is gone (sort of). The touch-focused interface has given way to that familiar, utilitarian keyboard-and-mouse-driven experience we've known from time immemorial. Those newfangled "Modern" apps aren't even full-screen anymore, unless you want them to be. Windows 10 is shaping up to be a retread of all the things we've known for years, a mea culpa that aims to welcome those who fled in terror at the sea change that was Windows 8. But it's also far more than that, and this sneak peek offers us a look at a Microsoft OS that will play well with all of our devices.

34 answers to this question