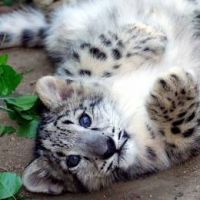 I started having an issue with my recording software (ShadowPlay) since the 14th of January. At first, it didn't look like there was any issues, because the icon and notifications was displaying correctly. When I finished playing, I noticed that it didn't save any videos at all. The 15th, I realized the problem can be reproduced when I Alt+Tab out of ETS 2, regardless of if it's in single player or multiplayer. When I come back in the game, the ShadowPlay status icon is crossed with a red line. After that, I would basically need to restart the game each time (which would be a big pain in the...)

I've tried to uninstall NVIDIA GeForce Experience, restart the computer, and reinstall it. And I still have no luck with it. Recordings work fine, until I Alt+Tab out of the game again. I tried to look up for any solutions online, regarding ShadowPlay stops working, ShadowPlay stops when alt tabbing, and I just can't figure out how to fix it. All I remember that I've done was playing ETS 2 (recording worked just fine the 13th), editing and uploading a video. Last software I've installed was over a week ago. I've also had an OS update but that was before the problem occurred.

Could it be the OS itself? I have Windows 10 (family), with Fall Creators Update (that I've had for a while already). It can't be because of my settings, because I haven't changed those at all (except when I did a fresh install of GeForce Experience). I wonder if it's on NVIDIA's side, or on my laptop, I have no clue.

If you need more information like the specs, here it is:

33 answers to this question