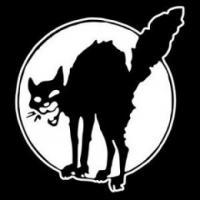 whenever I play MP on ATS or ETS2, usually it'll run fine and then suddenly I'll start lagging like crazy.

Not fps wise- I mean when I'm not even near someone, somehow they'll curse at me in chat telling to move because I'm apparently blocking their path on THEIR screen only.

The distances will also get really big and their name still appears on the players near you menu even though on my screen I'm far far away from them.

In several instances I've had people report me because on their screen I'm stopped in the middle of the street. I noticed I can't use the chat when this is happening- it just doesn't work, so I have no way of telling them that it's just lag and I'm not actually near them on my screen.

I have fiber internet so I've been seriously doubting that being part of the problem... but if there is a problem on my end please help me fix it!

I've already re-downloaded TruckersMP (not that it would fix anything)

13 answers to this question