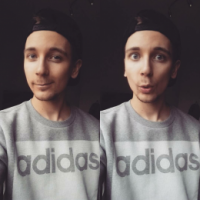 Hey, I have a problem!
I was uploading to Plays an evidence video, and it looks just great on my computer, but the uploaded video has like a frame per hour quality. Sure, you get some sort of picture what happened.

I even tried to reupload a video, when I noticed that, but it still has terrible quality. It seems that some uploads are only half that bad and suddenly stops lagging and shows the real quality.

Are those still going to be ok evidence or not?

The video was recorded as 1080p, 30fps and it does look like it on my computer, but not on Plays.

And if those are not good, what would be a better service to upload evidence instead of Plays or Youtube, since the first one seems to kill the quality of uploads?

Edited August 23, 2019 by Ptterz
Added a notion which I realized after posting this.