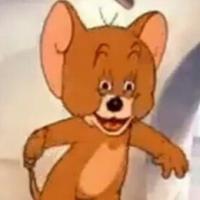 Today I decided to get the Windows 10 Creators Update early. It brings new creative features to Windows, including "game mode." I downloaded it early through the windows website.

After the update finished I tried to open the TruckersMP launcher. Nothing happened, and all I saw was an error message (see attached). I opened up ETS2 singleplayer and it worked fine. I then reinstalled the TruckersMP launcher, and nothing the problem remained. I have tried compatibility mode, running as admin, and turning off game mode. Nothing has fixed it. Multiplayer was working just fine before I got the Windows update (system specs attached). Help me!

Edit: I have verified that my installation directory is correct and that I am on the right version of both games. Still nothing.

Edit #2: For some reason it works now. I don't know how it righted itself overnight but now I'm truckin' again! I seriously didn't touch it and I had already restarted a bunch of times. This is very odd.