I have a problem with the Cargotras company in Milan 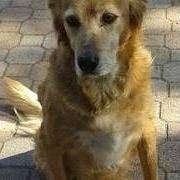 when you go out to the left as seen in the photo there is a shed, which does not show the vehicles, and several times they do not stop and damage me, I find it dangerous because the gate is too close to the intersection, it can be solved by removing the shed or should artificial intelligences be improved that if there is a means they must stop it, not that they continue at full throttle? thank you
in the photo I put the red arrow indicating the blind spot and I indicated which vehicles are not seen