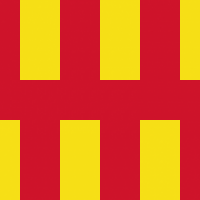 Ever since i reinstalled ETS2 and TruckersMP after Refreshing Windows i have had constant issues involving transport using the ferry/train as well as issues sleeping online. These issues are not apparent when in single player however this constantly happens on Truckersmp

For example from Newcastle - Amsterdam you need to use the Ferry to get from the UK to mainland Europe. When i go to the harbour and attempt to use the ferry all i get is the World of trucks synchronising screen and a locked cursor not allowing me to do anything until i alt tab and kill the program.

I have now tried reinstalling ETS2 twice and TruckersMP 3 times and i have used 3 separate profiles. My previously saved one, One i found online and a newly created one. All 3 of these profiles have the exact same issue.

Is there any known fix to this? if so it would be greatly appreciated if someone could tell me. Thanks

3 answers to this question