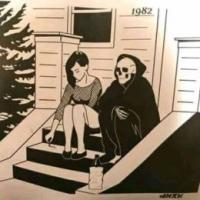 Hello, good afternoon everyone, since 12:00 today, 17/09/2019, I'm having problems with the ETS MP laucher. For starters, when trying to open today as usual as I always do, the first problem happened. The client has requested to update, but unfortunately error 404 (") -" The remote server returned an error: (404) Not found. Press OK to try again. " Well, I tried to update several times but always gave this problem, tried to reinstall the client, open as an administrator, and nothing able to update. Until I uninstalled, deleted all the files and installer of etsmp, went to the site, downloaded again and installed. After installing, I tried to open it, it updated, entered ets 2, logged into truckersmp, chose server, and opened the ets2 home screen to select the save game to use. After that, he opened the default ETS 2 screen where you can manage your save game, where you can drive, look at the map, bank, and everything. Well, I decided to click direct to drive, to actually enter the multiplayer and make some trips to my twitch and youtube channel, but unfortunately until then what was normal became another problem, I came across the messages - "Connecting to Simulation 1 server. " Until then normal. "Connection established (position in queue: 11)" Oops, now go .... "Connection refused. You are using an invalid client. You should redownload the mod through the laucher." Heck, it went wrong again. As requested in the message, I uninstalled everything, deleted the installer, went to the site and downloaded again, installed, opened, did everything right, when I click to drive again, the same error. Well, I'm trying to play, and if anyone has the same problem and managed to solve let me know, if I find any way to solve, I'll be back to warn you. Hugs, see you soon.

6 answers to this question