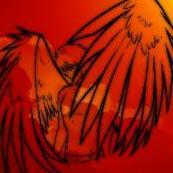 I've clicked every single link on Youtube and Google, and I still cannot figure out how to get my mods working on ETS2. I tryed making saves, changing trucks and everything - doesn't seem to work, doesn't detect them in any way.

Is it possible that ets2mp is attempting to load mods from different location than ets2 (non-multiplayer)? Well, I created folders everywhere, and still doesn't work.

(just ate half of my remaining empty hard-drive space)

What do other people see, when I equip modded truck paint? (not just color, whole new visuals/stickers/...)? If anyone tryed it, please tell me, I'm sure it will be useful for more people, not just me

. (not counting official DLC visuals, of course). DO they see the visuals or just plain color?