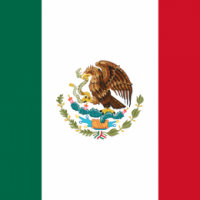 I know, at least a few of you might think "this is a known topic". But I really did a deep search for an answer through the forums (and google, ofc) and could not find a solution to my problem.

So here is the story:

I was using Windows 7 Home Premium 64 bit, and everything was working fine.

Then I upgraded from Windows 7 to Windows 10 (Home) and installed the current NVIDIA driver, windows 10, 64 bit. (I know, never change a running system...)

After that, TMP did not start anymore.

After doubleclicking the TMP launcher, it does... nothing. For a few second, the "waiting mouse icon" appears, but reverts to the normal mouse pointer.

No window opens, no error message, no process appears in the task manager, nothing.

Also, installing and or running TMP as administrator, and/or in different compability modes (windows 8 or 7)  did not make it throw anything at me.

And I deactivated the windows firewall as well.

What prerequsites does TMP need? I reinstalled C++ distributable also.

Any other software packages that it needs to run properly?

Btw, ETS2 itself is running just fine. It is only TMP that won't run.

Any help is appreciated.

10 answers to this question