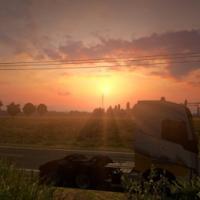 Just thought it would be better to get a clarify here at the forum.

If you request a ban and it gets rejected, do you need to have the recording left?

8 answers to this question