How can I work the server stats into a discord command for a custom discord bot? (Development of Discord Bot) 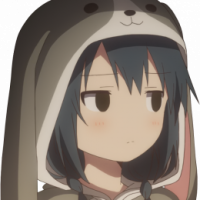 By StarAssassin64
January 13, 2021 in Developer Portal